How I Left The National Grid: A Creative Writing PhD on Self-Design and Post-Punk


I thought a blog post making my PhD readily available online might be helpful. This was a Creative Writing PhD on self-design in the post-punk movement. The novel component of the PhD, entitled 'How I Left The National Grid', is available as a free preview on Google Books, here-

Through creative and critical practice, this PhD makes an original contribution by developing theories of self-design in relation to understandings and creative representations of the post-punk movement. These materials inform the creative component of this PhD, a novel entitled How I Left The National Grid (hereafter, HILTNG).Broadly, speaking, the results, discussion and conclusion for the PhD are as follows:The term ‘self-design’ builds upon the research of Stephen Greenblatt (1980). Greenblatt used the term ‘self-fashioning’ to explore the how people in the Renaissance created their own identities in relation to ideological structures and social pressures, in a manner we recognise today. This idea of self-design recurs in the context of the punk movement, drawing from the work of Dick Hebdige (1979). This PhD uses Stuart Hall’s (2000) theories of articulation in reference to post-punk bands such as Joy Division. This allows for a more ‘post-punk’ understanding and contextualistion of self-design. This is partly possible because Hall’s consideration of ‘landscapes’ within an artists’ work led to a theoretical consideration of how post- punk musicians used landscapes as part of their identity.

Drawing from the work of Dick Hebdige (1979) and Stuart Hall (1989), self-design is thereby understood as a consequence of cultural moments in which self-expression becomes an acute concern. The historical research of Andy Beckett (2010) is drawn from. This allows the PhD to offer a context regarding how self-design has become most important during post-war, and recession-era Britain.This PhD also considers novels about contemporary music. The resulting analyses offer an insight into how works of fiction have creatively portrayed self-design in music and post-punk. Such books also offer a context to situate how HILTNG portrays the post-punk movement.

Popular posts from this blog

I'm honoured to have just signed a contract with Zer0 Books- home to brilliant authors such as Mark Fisher and Laurie Penny- for my first non-fiction collection, 'Albion's Secret History- Snapshots of England’s Rebels and Outsiders'. This volume compiles snapshots of English pop culture’s rebels and outsiders- from Evelyn Waugh to PJ Harvey via The Long Blondes and The Libertines. By focusing on cultural figures who served to define England, this book looks at those who have really shaped Albion’s secret history- not just its oft-quoted official cultural history. By departing from the narrative that dutifully follows the Beatles, The Sex Pistols and Oasis and by instead penetrating the surface of England’s pop history (including the venues it was shaped in) this piece throws new light on ideas of Englishness. As well as music it draws from art, film, architecture and politics, showing the moments at which artists like Tricky and Goldfrapp altered our sense
Read more 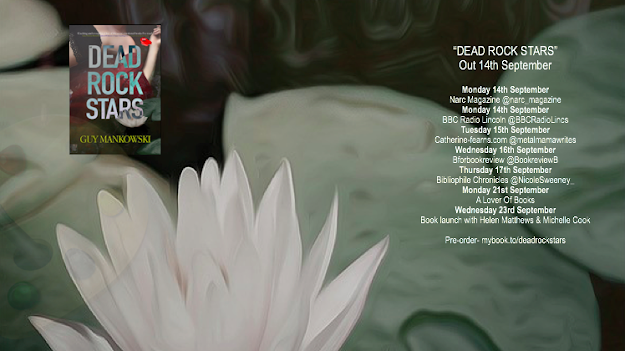 I'm thrilled to share that my first novel since 2016 is being published internationally by Darkstroke / Crooked Cat Books in September; Emma Imrie was a Plath-obsessed, self-taught teenage musician dreaming of fame, from a remote village on the Isle of Wight. She found it too, briefly becoming a star of the nineties Camden music scene. But then she died in mysterious circumstances. In the aftermath of Emma’s death, her younger brother, Jeff, is forced by their parents to stay at the opulent home of childhood friends on the island. During a wild summer of beach parties and music, Jeff faces up to the challenges that come with young love, youthful ambition and unresolved grief. His sister’s prodigious advice from beyond the grave becomes the only weapon he has against an indifferent world. As well as the only place where the answers he craves might exist… "Dead Rock Stars" took a long time to write and I benefited from the input of lots of readers. On one level
Read more

Have You Ever Experienced A Sense Of Artistic Failure? If So This Piece Might Be For You 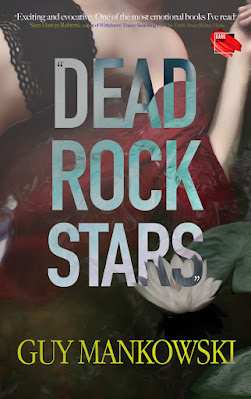 All too often as writers I think it’s very easy for us to get our ambition caught up with trying to making good art. A few years ago various novels on the go with which I had a lot of hopes and ambitions caught up with. But then a scene- in which a young boy remembers watching his sister perform with her band and how watching her changed him- pushed itself to the fore in my mind.   This one scene seemed to come from nowhere and almost write itself. When I shared it online there was a natural, organic reaction from strangers (very unusual, usually it’s like sending something out into a void!) and people said they really liked it and wanted more. While I ploughed on thanklessly with novels in which all these grand pseudo intellectual ideas were being played out through tortured plot lines I would sometimes, for my idea of fun, go back to that little story of his boy and his sister. What was curious was the extent to which (and I know this is common for writers ) my own experiences, strug
Read more

G.S. Mankowski
Described by Waterstones.com as 'one of the most exciting young writers in Britain today', Guy Mankowski is the author of the novels 'The Intimates', 'Letters from Yelena', 'How I Left The National Grid' and 'An Honest Deceit' and the non-fiction collection 'Albion's Secret History: Snapshots of England's Pop Rebels and Outsiders'. His fifth novel, 'Dead Rock Stars' is released by darkstroke / Crooked Cat on 19th September 2020. He is a full-time lecturer in Creative Writing at Lincoln University, UK.