The Enchanting and Tattered World Of Daniel Kitson 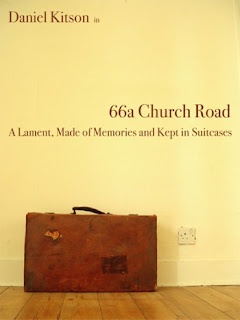 Daniel Kitson is a shambolic, hysterical and thrillingly creative comedian. I’ve been lucky enough to see him twice this year and both times his work has had a huge impact. He eschews large commercial shows in favour of gigs often held in small and intimate venues. I’ve never seen a comedian so able to draw waves of relentless laughter from an audience while simultaneously offering so many insights into the human condition. He's so deft at sharing his own memories, in a manner that makes them seem universal, that he even makes you laugh at your own memories.


The first show I saw of his was entitled ‘66a Church Road’, which he described as ‘a break up show for my flat’. In it he used images of poignant scenes from his past, projected onto suitcases, in order to recount the love affair he had with his first home. In so doing he almost literally invited the audience into his world. He recounted key moments of romance and heartbreak he had there, times spent cooking and eating with his friends, ongoing tussles he had with his landlord. A large motivation in my own writing is trying to transform the mundane into something enchanting, something Kitson manages to do by reliving often absurd events without ever being indulgent. He seems to have perfected the knack of making his self-disclosures seem generous, even nourishing, while never ceasing to entertain. 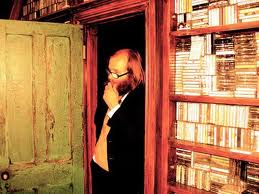 The second show was titled ‘It's Always Right Now, Until It’s Later’ and was held very early in the morning. In it he recalled the fictional lives of Caroline Carpenter and William Rivington, though he stressed that the show was ‘no more a love story than the Bible is a book about woodwork’. With the aid of a stepladder, and a series of illuminated light bulbs suspended at various heights, he retold key moments in his protagonists’ lives, which he weaved together until it felt as if we knew them intimately. More than ever his love of language came through, and with it the realisation of how easily it can be enjoyed. One particularly funny riff closed with the words ‘And who among us doesn't enjoy the word 'toboggan'?’, which drew one of the biggest laughs of the night. 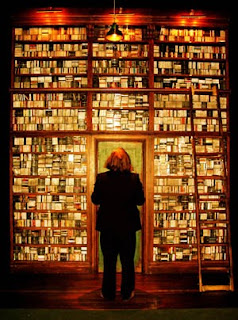 That show illustrated to me just how fleeting, abstract and often unacknowledged some of the most meaningful moments of our lives can be. How often seemingly innocuous moments can grow to be of major personal importance. He showed that despite how haphazard, confusing and often contradictory life can be, we can find always meaning in small moments, and in how we uniquely relate to the world. 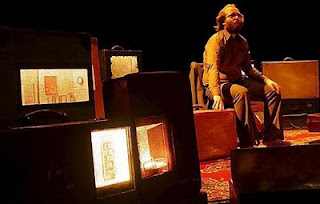 Part of Kitson's charm (perhaps paradoxically, given his great openness) is his sense of self-preservation. He does not engage with promotional tools such as Twitter and there are very few YouTube links of his work available. Even his own website is so sporadically maintained that it was hard to tell what night the shows were on. But all this somehow gives his work a greater value, as it requires investment to ever access it. With his mastery of words  and his stoic lack of compromise I couldn't help but think that his approach had quite a lot to teach many of us learning to disseminate creative work in the modern age.