On Letting Your Baby Out Into The Cold 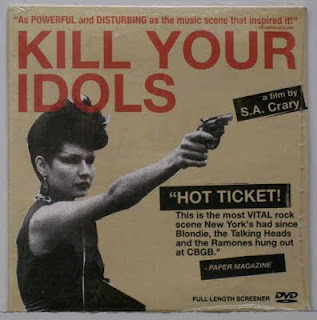 I read a very interesting blog by fellow Legend Press author Ruth Dugdall the other day, who mentioned that prior to the release of her first novel she wished she had taken the time, just before the novel was released, to ask herself what exactly it was that she expected from her book when it was eventually published. A couple of local book signings, a mention in the local gazette? While I was writing The Intimates for the first time in my life I kept a journal, most of which is filled with vague romantic preoccupations and reflections on the copious numbers of gigs I was attending at that point in my life.

But flicking through it last night I noticed one or two mentions to the book that would eventually become The Intimates (known as The Fountains at the time, until my editor Lauren wisely instructed me that that sounded like a Barbara Cartland novel). Reading them I was struck by the rather humble ambitions I originally had for it. For it to be ‘a decent impression of a thoughtful book’. For it to be a way to exorcise certain demons lingering at the back of my mind, be they faded romances or little obsessions. For them to scratch certain itches left on me by visiting certain places, and dwelling amongst certain moods. At most, I hoped a few people would like it, and I was going to try my damndest when writing it in the hope that they might. And, effort wise, I did not let myself down. By the time it finally saw print, I had written and rewritten those bloody 51,000 words so many times that I knew passages of it off by heart – more out of frustration than vanity, I assure you. 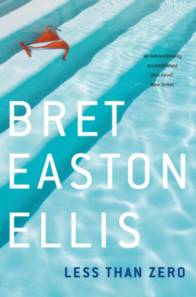 Just before the book came out it started to gain some advance notices, which were exceptionally kind, and soon after followed the first reflections from Amazon customers, which I was pointed towards by a fellow author friend. I was fascinated to see that the book seemed to be garnering extreme reactions – at first of intense dislike, but later of an appreciate bent that I felt fairly touched by. Both reactions were interesting and – eventually – useful to me. Had I ever thought about it, I would have hoped for no more than for some people to have read it, and perhaps a couple to have even liked it.

Originally it took some adjusting to see that you could focus your efforts on a project which you had addressed with utmost sincerity, and that effort could garner strong dislike as well as appreciation. I was surprised to see the Amazon page for my book turn very quickly into a very considered forum for debate (with currently nineteen reviews and counting). Once I had got over my rather petulant adolescent hope, lingering inside me like an errant germ, that wanted everyone to like what I did, I started to realise that it was in fact just as instructive to have people disagree with your work than agree with it. I realised too that many of my favourite books and albums had provoked strong reactions when first released, and what are they if not something to aim for? Not that I would ever, even for a moment, put my work in their league, but novels like Easton Ellis’ Less Than Zero, and albums like The Cure’s Pornography – which on first approach could be easily seen as listless and uncommunicative. 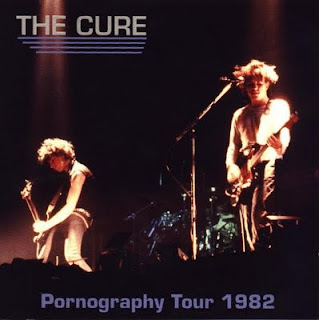 I think I hoped, when writing The Intimates, that despite perhaps initial impressions I would have put enough into the book for it to eventually reveal itself in time. It didn’t mean that when some people didn’t like it at first I didn’t petulantly sulk like a spoilt child. But when an interviewer on BBC radio recently started to ask me questions about my ‘controversial new novel’, now that my skin had grown slightly thicker, I realised that this new suit was starting to fit a little more comfortably. But it doesn’t mean that I wouldn’t prefer five stars over two...

Email ThisBlogThis!Share to TwitterShare to FacebookShare to Pinterest
Labels: Bret Easton Ellis, Less Than Zero, The Cure, The Intimates

The Ghost Of Juliette Binoche 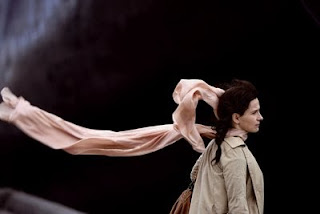 One refrain that I often hear from people is that they ‘would love to write, but can never find the time’. Though I’m sympathetic to this statement – because for the best part of a decade I’d wondered when the novel twisting inside me would come out- I also find this question rather frustrating. As I’ve since learnt that the time to write your novel will never come. It will just have to be carved out, rather bloodily, from the series of bewildering compromises that modern life has now become.

To find the time to write my novel last summer, I simply had to quit my job. I had no money, and was pretty sure no magical grants were on their way. It was a terrifying but exciting prospect, having two months ahead of me with a growing overdraft and with nothing to do but write. But it had become clear that the book, which would eventually become The Intimates, was going to haunt me until I eventually acquiesced. It had been bothering me ever since I had first thought of the concept for it on holiday in Florence, and it was becoming like an ex-girlfriend who you can’t help still having a place for. The day I started writing it I experienced a real sense of vertigo as I realized that I could do whatever I wanted with it. On the wall of my bedroom I made a spider diagram of how each of the characters were linked to one another, and from this the characters started to step out of the shadows they had been lingering in for years. Eight pages of note paper, with a characters name at the top of each one, were pinned to my wall. Over the course of the next two months those pages became filled with notes. For instance- Elise had a secret second life as a burlesque dancer. Graham had a tendency towards transvestism, even if it usually only manifested itself in the odd streak of glitter. And Carina, despite her protestations, still hadn’t abandoned her childhood hopes of becoming a ballerina. Some of the characters even developed certain speech patterns that on occasion woke me in the middle of the night as they swarmed around my head. James for instance, spoke in the sort of halting drawl that Ben Kingsley had used in Sexy Beast. As it was summer, after a days writing I would usually go into the city for an evening drink with friends, or to see a band. And on occasion I’d be sure I’d caught a glimpse of Francoise, perhaps disappearing into an Italian restaurant wearing a black dress. Gradually, over many months, each of my characters started to find their voice. 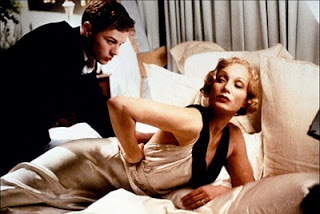 The book is set at an opulent dinner party held by Francoise, the owner of a sprawling mansion who is celebrating her first novel with the eponymous characters. One advance review has described her character as someone who ‘effervesces like a twisted Juliette Binoche’. This gave me some satisfaction, as that had been exactly my intention. For years I had pored over the films of Anthony Minghella, inevitably starring Kristen Scott Thomas, and craved to one day live in that world of dark elegance. Writing The Intimates I was finally able to create that world, which had been beckoning me in for many years. But to me this wasn't a question of hankering for pure escapism, but more for resolving the mundane problems of our lives by having the imagination to create something better. In my day job I am training to be a Clinical Psychologist, work which has fed into my writing not least because it offers me some access into the inner worlds that each of us have. My job had many times allowed me to meet characters like The Intimates – people who despite their brilliance, have been thwarted and suppressed at every turn. Whose talents have caused them not liberation and transcendence, but festering wounds of bitterness. When I started to write The Intimates I therefore immediately felt at home in their company - as I was used to fighting their corner. What my work had not offered me was the setting in which their stories could finally burst into colour – though my novel did. The characters still don’t seem real quite yet – I’m hoping that when I finally hold a copy of the book I will feel a new sense of satisfaction, as they will now exist in the real world. I just wish there was a way to keep them there, and perhaps even angle for an invite to their next party.
at April 05, 2011 No comments: