'Letters from Yelena' is released tonight 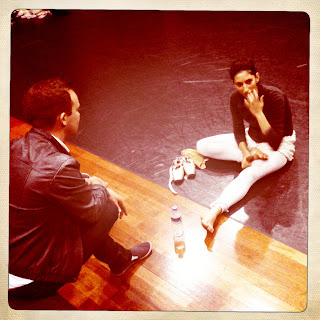 I'm very excited that at Dance City, Newcastle this evening my second novel is being released. The launch will coincide with a performance of a scene from the book choreographed by Dora Frankel, featuring the Argentinian ballet dancer Laila Sanz (talking with me above during the development of the performance). In case that is a little too far afield, below are some of the advance quotes for the novel which I hope will entice you to buy it-

‘It’s unusual to find a young male writer who can write with such sensitivity and maturity. Guy Mankowski’s portrayal of the ballerina Yelena is wholly convincing, taking us inside her thoughts and feelings as she describes the course of her life, from harrowing childhood to professional success, punctuated with turbulent emotional crisis. This is clearly a writer of great talent.’ Andrew Crumey, Booker Prize longlisted author.

Guy Mankowski’s second novel, Letters from Yelena, is a fantastic literary achievement, Mankowski creates a captivating, engaging narrative which plucks at our heart-strings. The characters are delicately described. The atmosphere created is tangible. The language pirhouettes, spins, soars: some of the imagery is simply brilliant. It is the most beautifully written book I’ve read this year. Astounding.’ AJ Kirby, author and reviewer for New York Journal of Books
'I felt I was watching a ballet in a darkened theatre, unable to look away until the story had unfolded, so beautifully, before my eyes. From opening this book on Thursday I was unable to put it down until I had finished it. More than that, I was talking about it through dinner, and thinking about it too. It is wonderfully written, and I was fascinated by the world of the ballet.' Best-selling novelist Ruth Dugdall

'I finished Letters from Yelena in two sittings. 'Yelena' has more emotional and intellectual depth in a chapter than the entirety of The Black Swan. Instead it harks back to something like the visual masterpiece of The Red Shoes; romantic, dark, uncompromising, and beautiful. I defy any woman, and any dancer, to not see parts of themselves in Yelena. Exceptionally talented.’ Hanna Jameson, author of ‘Something You Are’

The book can be ordered from here-

And tickets for the launch tonight can be ordered from here- 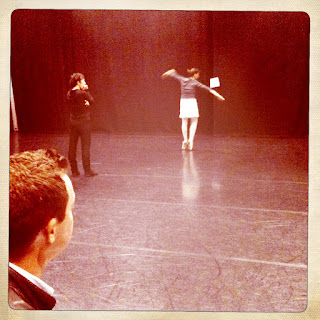 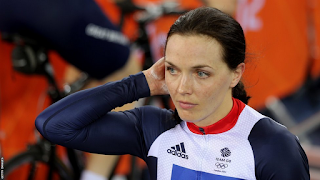 On Saturday there was great newspaper coverage surrounding the fact that Victoria Pendleton, one of Britain’s most successful athletes, had revealed a history of self-harm. In a new memoir she describes how she cut herself with a pair of nail scissors, even on the night after she had won her first cycling Gold at the Beijing Olympics. In so doing I feel she has shed a strong light on the way our culture views mental illness.


There is increasing acknowledgement of the fact that mental health issues carry with them a stigma. This story had such an impact because Pendleton is ‘a high achiever’, and this disclosure therefore flies in the face of many prejudices about mental illness. The prevailing view seems to still be that some people are ‘mentally well’ and the rest ‘suffer mental illness’, though this binary understanding flies in the face of mental health research, which indicates that mental health problems exist on a spectrum.


I noticed one tweet from a sports feed, which perhaps shed more light on this stigma than it might have realized. It said- ‘Lots of tweets about @v_pendleton revealing a history of self-harm. NOT a “history”, but one small episode’. Such comments, unwittingly perhaps, attempt to prevent such disclosures from challenging the prevailing belief system. Why should we have to think Pendleton’s self-harming was limited to ‘one small episode’? In fact, in Saturday’s Telegraph it was reported that her self-harming had begun years earlier, when at the age of 23 she had cut herself with a Swiss Army Knife at a training academy in The Alps. This use of the word ‘history’ however, flies in the face of those who perhaps also use terms like ‘winners’, and ‘losers’ and strive to place people in categories, whereby some simply succeed and others simply fail. Pendleton’s disclosure is so powerful because she proves that there is not some hallowed league of victors who constantly live under bright lights, drenched in glamour, but that we in fact all have dark episodes. The need by the media to create constant narratives, and society’s need to make people adhere to them are patently unrealistic. And Pendleton got the heart of this matter in her response to the furore on Twitter over the weekend by saying, ‘I wasn’t born a champion, I have faults, I had to work to get there.’ 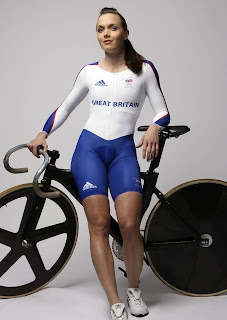 Pendleton, for all her success and attractiveness, challenges existing stigma’s because she shows how mental health issues are not restricted to clinical domains- in fact how they very much come into play where high levels of achievement are required. Explaining why she had felt driven to such actions, Pendleton said she self-harmed because of ‘feelings of worthlessness’. She said- ‘I just felt desperately sad and unworthy. I felt as if I could crack and splinter into hundreds of pieces.’ These words powerfully contradict the sporty stereotype of the achiever having to be ‘made of steel’ in order to get anywhere.


This is a subject I feel passionate about, and which I explore in my new book, Letters from Yelena, in which a top-flight ballerina struggles to deal with feelings of intense self-loathing- feelings which those around her assume she couldn’t possibly possess.


Pendleton confessed to feeling ashamed by her own emotional reactions, saying: ‘I was not starving. I was not in a war zone. I was a white, middle class 23-year-old from the home counties. What right did I have to feel so bereft?’ I think it is in such detail that the real power of her statement lies, because someone who garners great respect is here proving that emotional reactions are not always clean cut, that humans cannot be easily categorised.


Victoria Pendleton has recently retired from cycling, and given the current climate regarding mental health issues I feel she was wise to wait until retiring before disclosing this chapter of her past. I have noticed recently that Occupational Health forms ask new employers to indicate whether they have had a history of mental health problems, but as the situation stands people are vulnerable to the consequences of being too candid given the stigma’s at play. Should people be required to hand over this information in a culture where it could still be used against them? It currently seems the case that a certain amount of fame and success ‘validate’ such dark episodes in people’s lives but I feel they should not have to, and Pendleton’s Twitter response on Saturday explains why. I believe Victoria Pendleton should be applauded for sharing this aspect of her life with the world, given what an inspirational figure she is to so many people. As a culture we should not minimise such courageous disclosures but use them wherever possible to break down the stigmas that still prevail.
at September 10, 2012 1 comment: